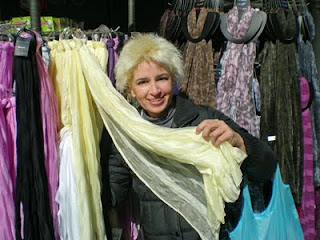 I've been so busy that I nearly forgot to post my last video lesson. So, here it is - and it's all about SHOPPING IN VIENNA! 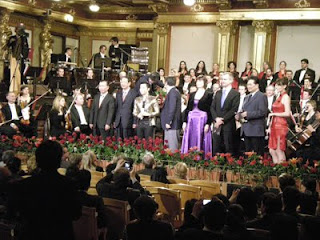 Don't know, if I ever mentioned that I've started taking lessons in Chinese. However, I've been to the concert of Mr. Hexiang Huang, who peformed several of his songs in the Vienna Musikvereinssaal, which is really beautiful. Well, it's a bit a shame that I've never been there before. There's a lot of gold on the ancient walls and the paintings on the ceiling are also fantastic.

I liked the concert. The orchestra was marvellous and I really enjoyed the atmosphere. Mr. Huang has a very charming and soft voice, although I've to admit that I had the impression of a little lack of power in his voice. I really could imagine buying a CD of this artist, but for such a big hall, you'd better be an opera singer. Anyway, Mr. Huang enchanted the audience with his chinese pop/folk songs. I even understood a couple of words - what a feeling :) Zàijiàn 再见
Posted by Sonja at 11:04 AM No comments: